Story of the first cellular phone 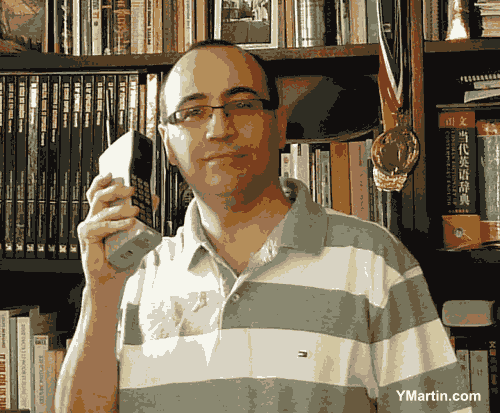 In 1994, I had my first cell phone (or mobile phone), a Motorola DynaTAC 8000M gray, thick and heavy. Six months later, I exchanged it for a black model « slim » (thin), one of the Ultra Classic Black model (it seems unusual in North America), corresponding to the model “8800X” Motorola with 2 lines alpha-numeric display, a revolution for the time! Sometimes I received calls on the bus taking me to my work and I appeared as an alien … Times have changed, habits and cell phones also and phone in the bus is not any more eccentric or unusual these days!

(*) Relative value of money or ‘GPD’ in the USA: http://www.measuringworth.com/uscompare/

History of the first cellular phone 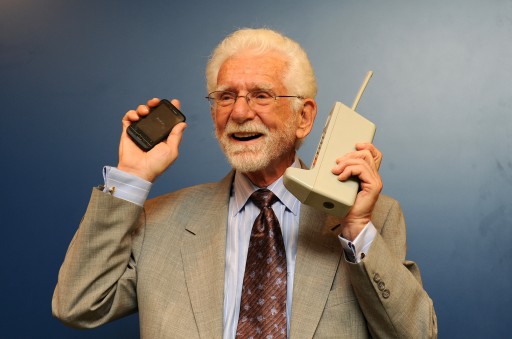 Dr. Martin Cooper (pictured above), a former engineer at Motorola, is considered the first inventor and father of the cellphone.

The precursor of future models first DynaTAC 8000 series from Motorola, the first portable telephone apparatus resembled large bricks. They are naturally nicknamed the Motorola’s brick, because of their shape but also their strength. The first commercial mobile phone model available to the public in 1984, was the Motorola DynaTAC 8000X. It weighed just under a kilo (794 grams) and had an endurance of 10 hours in standby mode for 30 minutes of conversation!

After 10 years of researches and over 100 million dollars of investment from Motorola, the first commercial cellular phone model in the world, the DynaTAC 8000X was available in the United States from October 1983 (but in early 1984 for the general public by Motorola), then in England from 1985. The rest of Europe had to wait a bit longer (to 1993) because it adopted a more advanced protocol: The “GSM” (Using the micro-SIM cards), while in the United States were used instead the AMPS or Advanced Mobile Phone System (later to become the TDMA and CDMA, digital networks that will replace existing analog networks). The AMPS was obsolete after 2008. Until 1983, the very first network protocol used, however, UMPS Bell Labs. A tens of relay towers were installed in the Chicago area (the U.S.) for the first real test of Motorola.

The model of Motorola DynaTAC was approved in the United States September 21, 1983 by the U.S. Federal Communications Commission. The phone weighed 794 grams (28 ounces) and was officially available to consumers in 1984. (Source Motorola).

Dyna (for dynamic) is also derived from Greek and means power. TAC stands for Total Area Coverage.
The DynaTAC 8000X of Motorola was one of the first model “popular” and the first commercial model in the world! It comes with a standard keyboard of 12 keys in addition to 9 other buttons assigned to special functions. Its battery is replaceable. The display consists of a small display of red numbers. It had an endurance of 30 minutes of talk time and 10 hours standby, then it should be fully recharged for 10 hours.

The Model 8000S is a cheaper version of the 8000X and has 8 buttons below the keyboard instead of 9. The key ‘fcn’ does not exist and the button ‘Lock replaces. The next model, the 8000M is very similar, with no significant difference in its performance and use. The figures for these displays are also a bit bigger than 8000X/8000S. These models were also much more popular and therefore more répendus and still easy to find for collectors. Next models are the 8500X, 8800x, 8900-x2, 888, etc. 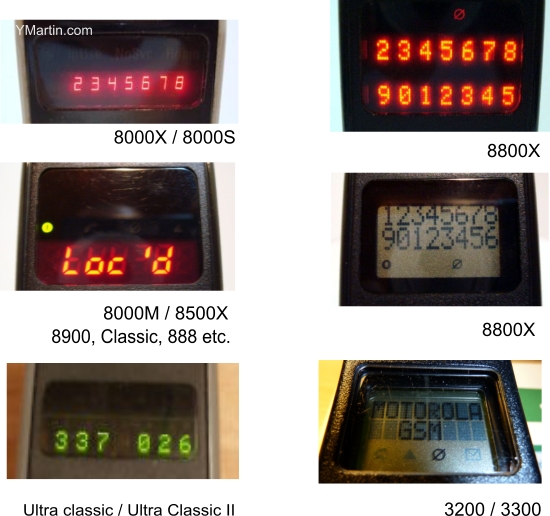 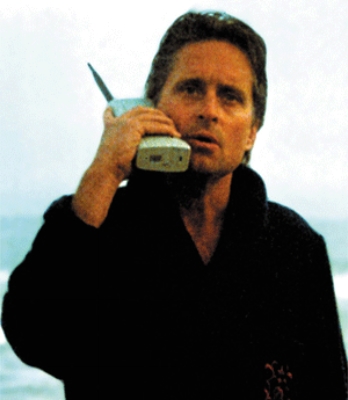 Curiously, after the launch of the series DynaTAC Motorola has introduced the Pulsar, so that had the same size as the DynaTAC and sometimes even deeper. They do not vendèrent well, and therefore few have survived. With the arrival of the slimmer models, they were completely outdated and forgotten.

Some tricks for recognizing a model

Of course, these ‘tricks’ are not checked but work on most models I had. To be continued …

The 8000X uses the letters in general DTD in its serial number, example: F09DTDXXXXXX

The serial numbers are of the type or 123ABC4567 1234ABC456 or the last 2 letters indicate the month and year of manufacture:

To help collectors to prevent fraud, send me your experiences, with your permission, I might add here. 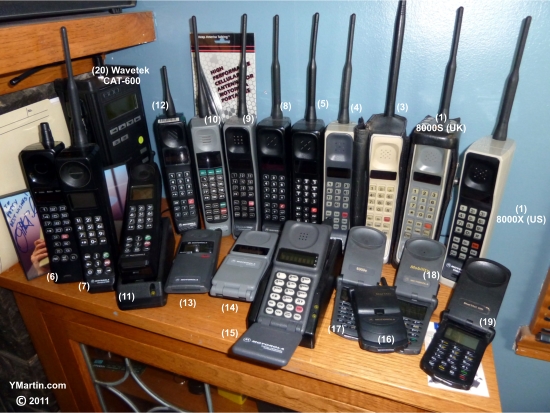 Note: All the phone are fully functional.

And for the nostalgics …

For a hundred dollars, a Chinese company has decided to make a copy or replica of the famous Motorola brick (GSM compatible) for half the weight but with a unique user autonomy. This model works perfectly on our existing networks (North American, Europe and Australia), 1 .5 -inch screen is in color and the usual gadgets have been added (calendar, directory of 200 names, games, clock, etc.).. 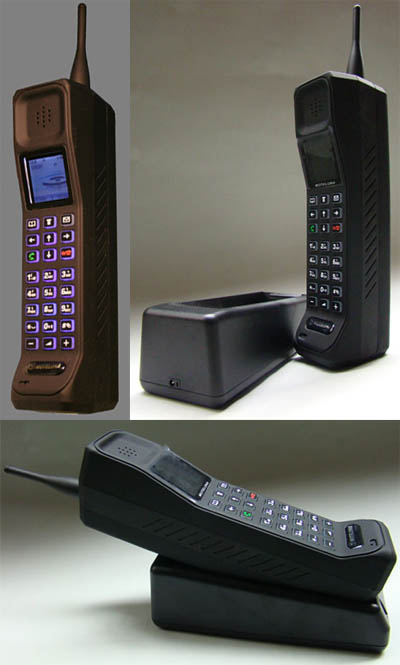